The Men Who Were Superman (Part II)

In celebration of Superman’s 75th anniversary and the June 14th premiere of Zac Snyder’s Man of Steel, Fante’s Inferno honors the iconic character created by Jerry Siegel and Joe Shuster with a spotlight on The Men Who Were Superman. 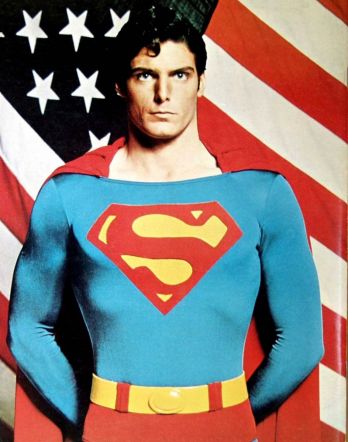 My first screening of Superman: The Movie is a movie moment that has stayed with me throughout my life.  The smallest details are just as vivid today as they were on that December day in 1978: where we sat, the friends we saw sitting in front of us, and the guy sitting in the back row that chuckled at the film’s opening shot of a copy of Action Comics.  John Williams’ powerful score playing over the opening credits set the tone for the film, and when it was over I wanted to stay in my seat and watch it again.  To this day Superman: The Movie is the only film I’ve seen in a theater three times.

Prior to that first screening I had watched George Reeves in reruns of The Adventures of Superman, watched the The SuperFriends on Saturday morning TV, and read the DC Comics drawn by Curt Swan, Jose Luis Garcia-Lopez and Neal Adams.  I had also seen promotional pictures of Christopher Reeve in the costume but very little footage on TV, so I hadn’t yet formed an opinion of his representation of Superman going into Richard Donner’s film that day.  But the moment Christopher Reeve emerged from the Fortress of Solitude to take his first flight, he was Superman.

Reeve brought confidence, strength, and humanity to Superman.  But it’s how he uses that confidence as Superman to add a sense of playfulness to Clark Kent that makes his performance stand out.

Reeve played Superman in four films from 1978 to 1987, but it would be unfair to only associate him with this role.  Several other notable films in Reeve’s career were (the under-rated) Somewhere In Time (1980), the gritty Street Smart (1987) and (the near perfect) The Remains of the Day (1993).  He was a remarkable and respected actor, and I wish we could have seen him in several of the roles that he had turned down (The World According to Garp, Mutiny on the Bounty and Romancing the Stone just to name a few).

When I first saw Superman Returns, there was a moment or two when I thought they had CGI’d Christopher Reeve into a couple of shots.  Director Bryan Singer’s 2006 reboot had a strong reverence to Richard Donner’s 1978 Superman: The Movie and that included Brandon Routh’s portrayal of Superman/Clark Kent..

Like Donner, Singer wanted to cast an unknown actor to play Superman, and Brandon Routh had big shoes to fill when he took over the role that was associated with the beloved Reeve.  Routh bore a strong resemblance to Reeve especially as Clark Kent, and there are moments in Superman Returns when he was spot on in matching Reeve’s timing and delivery in his portrayal of Clark. 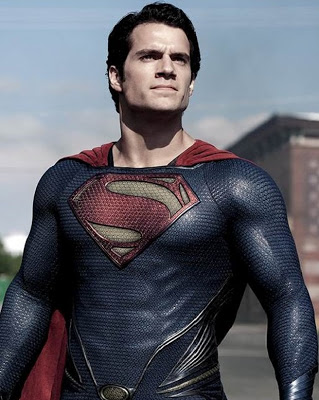 It seems like Cavill’s face has been plastered on every billboard and train station over the last two weeks (thanks, Gillette).  His work prior to Man of Steel includes the Showtime series The Tudors, Woody Allen’s Whatever Works (2009), and Immortals (2011).  My first impression of Cavill as Superman is a positive one from what I’ve seen in the trailer and the behind the scenes featurette.

A more detailed look at Henry Cavill’s portrayal of Superman will be included in my review of Man of Steel this weekend.