With Marvel Studios’ July 18th announcement of their 2017-2019 movie release dates, speculation has begun over which Marvel characters will have their movie projects greenlit as Phase 2 moves into Phase 3.  The last two years I hoped that characters like Doctor Strange, Daredevil and Luke Cage would get their shot on the big screen, and with Netflix’s upcoming production of five Marvel original series (Daredevil, Luke Cage, Iron Fist, Jessica Jones, The Defenders) and the Doctor Strange Easter Egg in Captain America: The Winter Soldier, slowly but surely my favorite characters will get their TV or cinematic due.

So with over 5,000 characters in the Marvel Universe, will Marvel Studios fill the majority of their TBD slots with the more popular characters, or go the Guardians of the Galaxy route with the lesser known heroes/super teams?  Here’s my latest wish list for the 2017-2019 Marvel Studios slate: 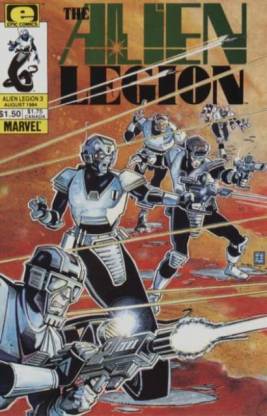 When Marvel’s creator owned line Epic Comics published Alien Legion #1 in 1984 (written by Carl Potts and Alan Zelenetz with art by Frank Cirocco and Terry Austin), this diverse group of “footsloggers and soldiers of fortune,” a Foreign Legion set in space, got me hooked.  I was fortunate to find a page of original art from Alien Legion #4, and it’s a prized piece in my art collection.  Hopefully this title will get the movie treatment. 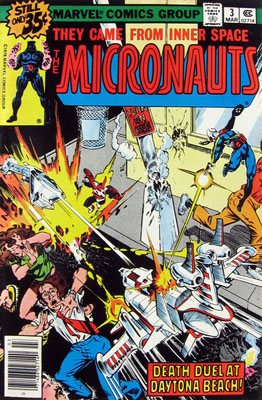 Another title I enjoyed during it’s early run and that I’ve come to appreciate even more 30 plus years later.  Based on a line of toys from the 70’s, Marvel Comics published the first volume of comics until the mid-80’s.  I recently re-read the first five issues written by Bill Mantlo and drawn by Michael Golden and couldn’t stop thinking about how well it would translate on film.  J.J. Abrams is attached to a feature film adaptation with Paramount, but the screenwriters have said the film version would be different from the comic book.  (sigh) 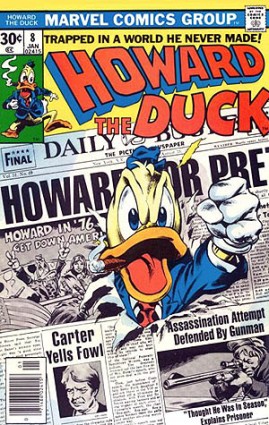 Hear me out on this one.  Even though those of us over a certain age still cringe at the memory of the terrible  Howard the Duck film produced by George Lucas in 1986, Howard still deserves a reboot based on a great comic book run.  News on Howard the Duck’s cameo in Guardians of the Galaxy is a great first step in that direction (is Marvel Studios testing the waters with audience response a la the Doctor Strange reference in Winter Soldier?).  Advances in CGI aside, the time is right to revisit Steve Gerber and Val Mayerick’s creation on film and hopefully it will be more in line with the original comic book.