With Memorial Day coming up on Monday May 31st, I would like to thank all veterans and active members of the Armed Forces for their service and sacrifice.

The combat/war movie is one of the first genres of film I remember watching consistently when I was young, mostly on a black and white television at my grandparents house back in the day. There were so many that I watched without learning the titles or knowing the actors that when I would recognize a scene watching it again by coincidence decades later, I would be transported back to the first time I watched it, developing a greater appreciation for the film. The first war film I can remember having that experience with was 1943’s Sahara starring Humphrey Bogart. Over thirty years had passed from my first screening to my rediscovery, and it quickly made its way to my list of personal favorites. Once my family got cable TV in the early 80’s I would be introduced to Peter Weir’s Gallipoli, Sam Fuller’s The Big Red One and Stanley Kubrick’s Paths of Glory to name a few.

Each year leading up to Memorial Day I list the military themed films and documentaries available on streaming services and that will be broadcast on Turner Classic Movies, and make an effort to exclude any comedies or satires in this genre. This year TCM has a great lineup of films for Memorial Day weekend, including Sergeant York, The Steel Helmet and Battleground on Monday May 31st. On streaming services Amazon Prime leads with over forty notable films included with subscriptions (as of my gathering of this list on May 25th). HBO Max has nineteen, including 2001’s series Band of Brothers which I have always considered “must watch.” And for Tubi, in addition to the films listed below there are a large number of documentaries on the Civil War, World Wars I & II and the Vietnam War.

Tagged A Bridge Too Far, Band of Brothers, Battleground, Dunkirk, Gallipoli, Go for Broke!, Memorial Day, Movies for Memorial Day, Rescue Dawn, Sergeant York, The Best Years of Our Lives, The Great Escape, The Green Berets, The Hanoi Hilton, The Red Badge of Courage, The Steel Helmet, The Tuskegee Airmen, War Movies, We Were Soldiers
Leave a comment
Film

With Memorial Day coming up on Monday May 25th, I would like to thank all veterans and active members of the armed forces for their service and sacrifice.

I’ve always appreciated the combat film having grown up watching old black and white war films on Saturday afternoons. My favorite films of the genre are Peter Weir’s Gallipoli and Sam Fuller’s The Big Red One, but over the years Glory by Ed Zwick and Band of Brothers have made it on to my list of personal favorites.

Each Memorial Day Weekend I review the TV listings and streaming services and make a list of military themed films and documentaries that are available for free and subscription streaming and cable TV.  I make an effort to avoid the comedy and caper films that only use wars, major battles or military life as a backdrop.

Every year Turner Classic Movies has a strong lineup of films for Memorial Day Weekend.  While the streaming services seem a little lighter on the military and war themed feature films this year, military documentaries are well represented on Netflix, Amazon Prime and Tubi. Unfortunately one big disappointment this year is that Band of Brothers, The Pacific and Taking Chance are not available for free streaming on Amazon Prime.

Tubi, Crackle and Pluto are free apps, Netflix and Amazon Prime require subscriptions. Check these links for information on free trials of Amazon Prime and Amazon Prime Video. As a member of the Amazon affiliate program, I may receive commissions for qualified purchases at no additional cost to you. Thank you for your support.

With Memorial Day coming up on Monday May 30th, I would like to thank all military veterans and active members of the armed forces for their service and sacrifice.

Some of my earliest movie memories are of watching old combat films from the 40’s and 50’s on a black and white TV on Saturday afternoons at my grandparents house.  They were mostly lower budget films and I’ve forgotten many of their titles, but those Saturday afternoon films on TV made the combat movie one of my favorite film genres.

Every year I check the TV listings and streaming services for the best military themed films to watch over Memorial Day Weekend.  Turner Classics always has a solid lineup of feature films, but Netflix, Amazon Prime and Hulu have a great selection of feature films and documentaries as well.  Here are some highlights:

With Memorial Day coming up on Monday May 25th, I’d like to take this moment to thank all veterans and active members of the armed forces for their service and sacrifice.

The combat film has always been one of my favorite cinematic genres, with Peter Weir’s Gallipoli, Sam Fuller’s The Big Red One, and of course Spielberg’s Saving Private Ryan ranking highly among my all time favorite films.  Memorial Day Weekend in my home also includes a screening of the amazing Band of Brothers.

Every year I check the TV listings, Netflix and Amazon Instant Video for the best military themed films and documentaries to watch over the holiday weekend.  As always, Turner Classic Movies has several classics in their lineup this weekend.  Amazon Instant Video has an elaborate selection, but unfortunately few of those titles are available on Amazon Prime (though you can never go wrong with Band of Brothers, The Civil War, and Patton).  Netflix doesn’t have as many feature film options as Amazon Instant Video, but has a good selection of documentaries.  Here are some highlights:

With Memorial Day coming up on Monday May 26th, I’d like to take this moment to thank all veterans and active members of the armed forces for their service and sacrifice.

Every Memorial Day weekend I scan the TV listings, Netflix and Amazon Instant Video for some of the best military themed films to watch.  More than a few of the films listed below have been included on previous Movies For Memorial Day posts (Sergeant York, Band of Brothers, Gallipoli, The Big Red One, and The Best Years of Our Lives to name a few), but I also try to find a few lesser known films as well.  This year it’s an even mix of old favorites and new additions.  And while the films scheduled on Turner Classic Movies have made up the majority of my recommendations over the last couple of years, this year’s list is mostly made up of films available on Amazon Instant Video and Netflix.

On Turner Classic Movies (all times listed are EST): 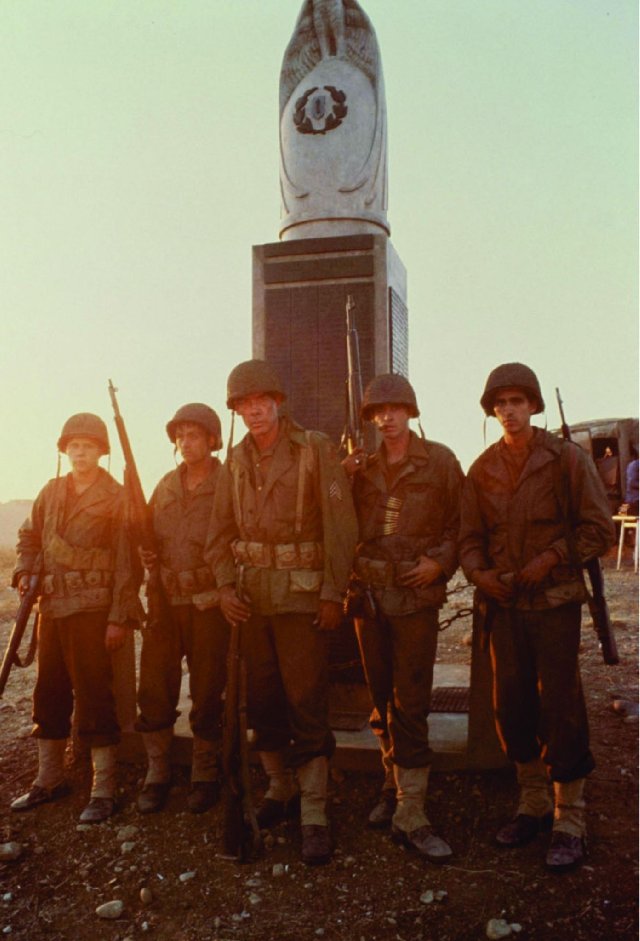 With Memorial Day coming up on Monday 5/27, I would like to thank all veterans and active members of the armed forces for their service and sacrifice.

Every Memorial Day Weekend my ritual is to check the TV listings for the war movies I grew up watching, classic war films I haven’t seen before, and a Band of Brothers marathon.  Judging by this weekend’s TV schedule, most of the films I’ll be watching this weekend will be on Turner Classic Movies and streaming video.

Here’s a list of notable movies this weekend (all times listed are EST):

With Memorial Day coming up on Monday 5/28, I would like to thank the all active members and veterans of the armed forces for their service and sacrifice.

One of my favorite movie genres has always been the combat film.  Not so much for the action sequences, but for the characters.  Growing up in the 70’s, there was always a WWII or Korean War film playing on Saturday afternoons.  Some of my favorites:

Sahara, Battlefront, Von Ryan’s Express, The Great Escape, The Bridge on the River Kwai, The Steel Helmet, The Green Berets, and Sergeant York

Some notable films to watch on TV this Memorial Day weekend:

Written and directed by the legendary Sam Fuller, this film was a based on his personal experiences as a GI in World War II.  The main character Private Zab (played in the film by Robert Carradine) is based on Fuller.  The film follows The Sergeant (played by Lee Marvin) and four members of his squad called The Four Horsemen (played by Carradine, Kelly Ward, Bobby DiCicco, and Mark Hamill) through Africa and Europe from 1943-1945.  But this film only scratches the surface of Sam Fuller’s experiences during the war.  I highly recommend Fuller’s autobiography A Third Face for more about this part of his life.

I had the opportunity to interview Mark Hamill at the 2011 New York Comic Con.  He was there to promote a comic book project he was involved with, but I couldn’t help asking him about his experience working with both Sam Fuller and Lee Marvin on The Big Red One:

Hamill:  Oh my God, it was one of the greatest experiences of my life.  I learned more about World War II from them than I ever learned in history books.  Because they were both veterans.  With all due respect to Steven Spielberg, it’s second hand from him.  With Sam you’d go “This is crazy, why would I do this?”  And he would say “Well I’ll tell ya it wasn’t you, it was a guy by the name of Colowitz, and he was handsome like you…”  And he would tell you what really happened!  It was just probably the most profound experience of my career.  I can’t think of a director I like better than Sam.  And Lee Marvin was not only a brilliant actor but an amazing storyteller and a hilarious person.  Boy was he funny.  And I could make him laugh, which he loved.  He loved to laugh.  He was not an attention hog, he loved to hear stories from you.  Yeah, he was fantastic.