This week we’ll take a look at my digital comic book pick ups from new Comic Book Day on November 4, 2020.

Rob Liefeld made an appearance at Wizard World New York back in October 2010.  When the artists and fans at the show saw my Captain America page in progress, more than a few said, “You HAVE to get Liefeld to draw a Captain America for you.”  He was absolutely on my list.  I go there early that Saturday morning and and was one of the first three people on line when the doors opened at 10 AM.  It was worth the wait.

Normally I would watch the artists as they drew their version of Cap on my page, but Rob needed some time before he could work on it and asked me to leave it with him until he worked on it.  Over the next hour or two I walked by his table to see if he was working on it.  During that time I saw him work on a Wolverine and a couple of Deadpool commissions.  He got to mine about halfway through the day and it was definitely worth the wait! 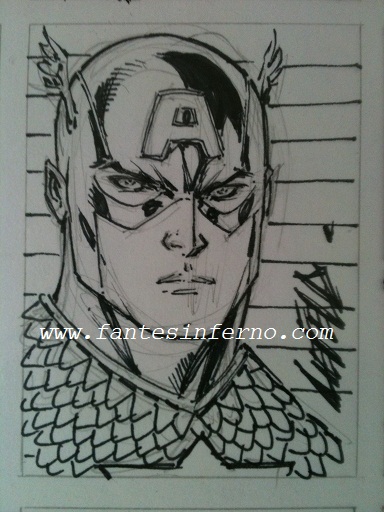