Thoughts On The Amazing Spider-Man Reboot 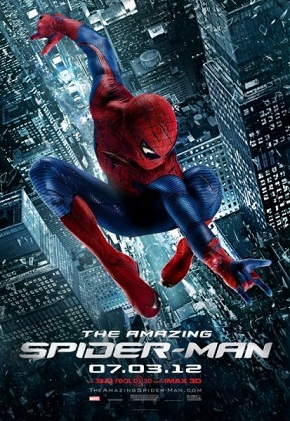 Here’s a film that one month ago I had very little interest in seeing.  Not because the previous three films directed by Sam Raimi were too fresh in my mind or because I felt that theaters are over saturated with comic book films (that thought is sacrilege in my mind!).  Since this reboot was first announced, my first and only thought was: Why?  The origin story was already covered in Spider-Man 1, which for the most part was pretty accurate to the original 1962 story in Amazing Fantasy #15.  By now people know how Peter Parker became Spider-Man even if they’ve never read the comic books.  Socially awkward bookworm Peter Parker gets bitten by a radioactive spider, can climb walls, develops web shooters, lets it get to his head, Uncle Ben gets…you know what I mean.

Then a month ago I watched the trailer for The Amazing Spider-Man.

When my interest level reached that point, I couldn’t help thinking about the one major thing I didn’t like about the Sam Raimi films.  Don’t get me wrong, I liked Spider-Man 1 and I loved Spider-Man 2 (I prefer not to discuss Spider-Man 3, I’ll just leave it at that), but there was one element of those films that the comic fan in me couldn’t ignore: replacing Gwen Stacy in the first two films with Mary Jane Watson, which was absolutely unnecessary.  It goes beyond the dynamic of nerdy kid falls in love with and gets the pretty girl, which in my opinion was the only dynamic between Peter and Mary Jane in the Raimi films.  Having Gwen Stacy in The Amazing Spider-Man brings a lot more to the story.  Peter’s relationship with Gwen in turn creates a relationship with her father, Captain Stacy, which existed in the comic books but didn’t exist in the first two Raimi films.  Seeing Emma Stone in the role of Gwen made me want to give The Amazing Spider-Man a chance.

I checked out The Amazing Spider-Man at a matinee on the 4th of July.  The theater was about 2/3 full for the 11:30 AM screening.  By the time the movie ended, I was satisfied and for the most part the rest of the audience enjoyed it as well.  While people will continue to debate the need for a reboot in 2012, whether it’s necessary/justified or not I think The Amazing Spider-Man stands on its own.  That’s not to say it’s perfect.  It’s not as visually dynamic as the Sam Raimi films.  Some of the CGI looked a bit cartoony, particularly the Lizard.  Most importantly, a couple of details from Spidey’s comic book origin were simplified, particularly Uncle Ben’s murder (for the record, I refuse to consider that tidbit a spoiler alert and prefer to give my readers the benefit of the doubt) and the events that led Peter to understand “With great power comes great responsibility.”

Marc Webb’s The Amazing Spider-Man is less action and more drama compared to Sam Raimi’s Spider-Man 1.  It changed several elements of the Spider-Man canon (e.g. Peter’s discovery of the extent of his powers, the circumstances of Uncle Ben’s death), a greater emphasis on Peter’s parents and their disappearance, and more drama to Peter’s relationship with Uncle Ben and Aunt May.  Personally I thought Martin Sheen was fantastic as Uncle Ben (this coming from a huge Cliff Robertson fan), and I think an actress of Sally Field’s caliber will bring a lot to Aunt May’s character in future films.  Andrew Garfield’s portrayal of Peter Parker wasn’t as socially awkward as Tobey Maguire’s.  Garfield was a bit too confident as Peter at times, but was effective in bringing some of Spider-Man’s smart-aleckyness from the comic books to the screen.

Things I liked about this film:

Gwen’s connection to Dr. Connors wasn’t very plausible.
Not including the famous line of dialogue regarding great power and great responsibility.
The circumstances leading to Uncle Ben’s murder.
Spider-Man was unmasked in a scene that should have made his identity public.

The one question I have difficulty answering is whether or not the reboot was necessary.   Most likely it wasn’t, but overall this film stands on its own even if the first three were not made.  Despite a few caveats, it was still very enjoyable and I’m looking forward to the next film.