This month I’m taking another trip back to my prime comic collecting years thanks to The Newsstand Time Machine at Mike’s Amazing World of Comics.  I’m hoping to make this a monthly trip on Fante’s Inferno because it allows me to look back on some of the issues and storylines that I enjoyed way back when and to give me a new “want list” of missed issues to pick up at this year’s local comic cons. 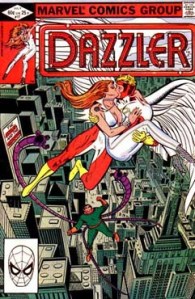 “The Angel and the Octopus”
Written by Danny Fingeroth, penciled by Frank Springer, inked by Vince Colletta

“Shall Earth Endure?”
Written and drawn by John Byrne 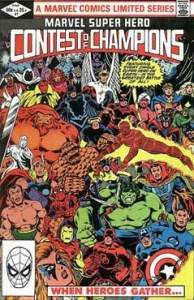 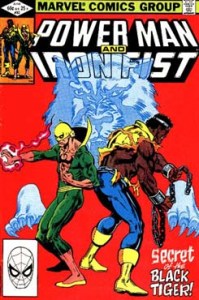 “The Life That Late I Led…”
Written by Chris Claremont, penciled by Dave Cockrum, inked by Bob Wiacek

“What If the Dazzler Had Become the Herald of Galactus”
Written by Danny Fingeroth, penciled by Mike Vosburg, inked by Jon D’Agostino
“What If Iron Man Had Been Trapped in King Arthur’s Time”
Written by Steven Grant, penciled by Don Perlin, inked by Bob Layton

Ten comic books bought in March 1982 for a whopping $7.30 ($17.94 today adjusted for inflation).  I can’t remember a single month in which we bought ten new issues, and I couldn’t imagine buying that many current books today considering how cost prohibitive it would be.  Many of those titles were consistent purchases for us, namely Uncanny X-Men, Star Wars, Fantastic Four (the cover for FF #243 is still one of my favorites), Daredevil and Iron Man (IM #159 was my introduction to the art of the amazing Paul Smith).  Dazzler was most likely purchased because the X-Men’s Angel was on the cover, and there’s no doubt we picked up What If? #33 for the Iron Man trapped in King Arthur’s time story (the storyline originally told in issues #149 and #150 was simply amazing).  G.I. Joe was a chance for me to own a #1 (my first speculative purchase) though I did continue to buy that title for the next year.  Power Man and Iron Fist was new on our monthly buy list, and the back issues of Mary Jo Duffy’s run on that title are now on my “must buy” list at the next comic con I attend.  Contest of Champions #1 was also a favorite of mine that month, though our local comic shop didn’t have the subsequent two issues.  After 34 years I finally have a chance to read them now that I bought the hardcover collection.

To miss an issue of Moon Knight back then was a rarity for us, but to miss two in one month?  That’s unbelievable.  The covers alone would have been enough for me to plunk down $1.20 for Moon Knight #20 and #21.  It wasn’t until many years after their initial publication that I discovered Marshall Rogers and Terry Austin’s run on Doctor Strange with Roger Stern, and issue #53 is still missing from my collection.  Three more issues I’ll have to pick up at my next convention!